Every now and then I try to put my finance degree to use, but never for my own financial benefit for some reason. It caught my attention that Lebanese state-issued Eurobonds, which are bonds issued by a state (Lebanon in this case) in a foreign currency (USD in this case) to raise cash for state spending (let your imagination run wild in this case), are trading well below their face value, which means that if you buy these bonds on the market now you will get higher returns than initially promised by the issuing entity. The return on your investment right now would be over 20% per year, unless of course that issuing government defaults.

The fact that they are trading so low means that market speculators foresee a high risk of default, which means the government won’t settle the bond when it’s due, won’t pay the full amount due, or even won’t pay at all. To put this in perspective, many Ponzi schemers won’t dare to promise returns of over 20% for they might push their potential investors/victims to start questioning their methods. Heck, many Ponzi schemers here are probably shitting their pants that their fools might ask to cash out their money so that they can throw it into the Lebanese Eurobond fire.

There’s an investment theory that is taught at Business Schools called “The Biggest Fool Theory”, which basically says it’s ok to be a fool and pay for something a lot more than it’s worth as long as there is a bigger fool out there who is willing to pay you more than what you paid for it.

Years ago a Lebanese restauranteur, who illegally occupies seafront public properties and was getting some $30 a meal from the Lebanese state to deliver Taouk sandwiches to the displaced in Sanayeh park during the 2006 war, spent hundreds of thousands of dollars in an auction for “premium cellphone numbers”. He was then quoted saying: “We are running out of real estate in Lebanon, and phone numbers are the next investment frontier.” Needless to say, he was the biggest fool in the premium cellphone number market.

Soon after that incidents, many of this wiz’s restaurants shut down, save for a rent-free spot courtesy of Solidere, which is another example of Lebanese genius business acumen at work. This company, Rafiq Hariri’s second biggest heist after his public debt scheme, is losing at Monopoly while playing alone. It keeps drawing the “Go to Jail, Do not Pass Go, Do not collect $200” card, which could be seen as just bad luck, except they also print the cards. It takes a special kind of inept to lose at a game where you’re playing alone and you tweak the rules in your favor whenever you feel like it. The tax-exempted Solidere was supposed to be the shining jewel of the neoliberal economic project implemented in postwar Lebanon.

Nothing embodies the Lebanese economy going up in smoke like the recently levied tax on Argilehs. The Lebanese government's Cheech and Chong solution is to tax a bong served in a restaurant that doesn’t pay rent to a landlord that doesn’t pay taxes. Talk about putting out an Amazonian wildfire by blowing at it as if it were birthday candles.

Speaking of, Lebanon’s central bank chief Riad Salameh earlier this month completed his 26th year on the job. He says there’s nothing to worry about; your money is safe with him.
Posted by Jamal at 1:35 PM No comments:

Lost in all the Church vs Middle-Upper class liberties’ bubble fight last week was the fact that the Byblos Festival (and all other regional -read sectarian quotas- festivals) and all of its concerts are subsidized by the bankrupt Lebanese state. At a time where the President of this failed Republic is calling for sacrifices, people from all over Lebanon are contributing to fund a Yo Yo Ma concert, whose tickets cost between $65 and $125, or 14%-28% of Lebanese minimum wage, per ticket.

Don’t get me wrong, I’m all for subsidizing the arts and making them more accessible to the people. But as it stands the Ministry of Tourism subsidies are nothing but slush funds distributed among the ruling elite that fund instagrammable moments for those who can afford to dish out a few hundred dollars to attend a concert.

So no matter which abstract concept won, the Church’s “Jesus” or the Rights Bubble’s “Freedom of Speech”, there are only absolute losers when it comes to the net tangible costs of this battle, unless your name is Yo-Yo Ma of course.

I’ve missed many money making opportunities over the years. When I was a recent MBA graduate in Miami I had a brief stint working in the Florida mortgage market. This was circa 2004 and none of what was going on made sense. Already risky mortgages were encouraged to refinance at a lower interest rate increasing exposure in the process. I felt something was amiss, but how could everyone be wrong. I was in my 20s, so I wasn’t arrogant enough at the time to bet against the market. Betting on the entire US real estate market to fail is not something they’re allowed to hint at in US business schools, which adhere to the Buy! Buy! Buy! credo. There was a movie made about someone who was smarter and more arrogant than me at that time: The Big Short. He made millions. I, on the other hand, have had a million lousy jobs.

Almost a decade later, in my 30s, I was freelancing in the nascent gig economy and a client offered to pay me in Bitcoin instead of going through the bank transfer hassle. My choice was to take 100 Bitcoin(s) (can a computer code be plural?)  or just under 3,000 USD. I opted for the Benjamins, Baby!

I’m in my 40s now and I will not miss another opportunity to make millions. Lebanon is on the verge of collapse and there’s no way to reverse that path. Since I’m not friends with Riad Salameh in order for him cut me in on one of his schemes, I have to earn my millions through Lebanese business ingenuity and I have the idea that will make it happen: Sandbags and more.

The economic collapse is imminent and some type of war (or a bunch of mini individualized wars to cover all tastes) will surely ensue, unless you really believe the dolts who just spent six months trying to hash up a budget are going to lead the country to safety. For those who missed the last war, sandbags are stacked in front of windows and storefronts to shield against stray bullets and shrapnel. Snipers also love to operate from behind stacks of sandbags. Militiamen, militiawomen, and militiagenderfluidpeople at checkpoints cower behind sandbags to avoid sniper fire, and so on. Sandbags sell fast during war, so you better get your hands on a stack early. Now if you fail to act fast or sandbags are just not your thing, don’t worry, Sandbags and More will have something that fits you: a body bag. Of course, all our bags are biodegradable. Militias might be bloodthirsty, but they are definitely more rational than environmilitants.

So who wants to invest*?

*We accept every kind of currency, cryptocurrency,  and even (one might say especially) crypt currency as long as it doesn't have Riad Salameh's signature on it. 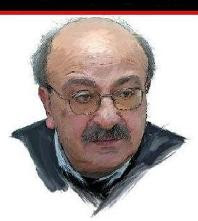